The House Of Death! 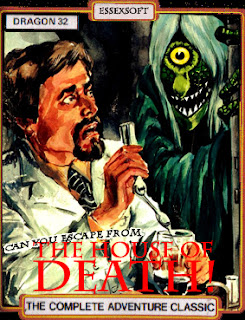 I got really excited by just how atmospheric the Mario 3 ghost house music is on Super Mario Maker, so much so that I just had to try and make a classic 8-bit style adventure game with it, and The House Of Death! was my attempt.

And then of course I had to make some instructions and a walkthrough map as well (ideally the map would have been drawn in a biro on some graph paper but I didn't have any to hand).

Hopefully soon a sequel will be arriving too, although who knows if I will get round to ever finishing it.

Some notes: One of the problems with making a big level is that there's no way to get rid of the timer, which is a shame. I wanted to have a few more rooms of puzzles but was afraid people would die  before they had time to complete them. So instead there's a couple of empty rooms with little else except extra lives in them, and a pointless attic room to explore after the end of the level instead.

The way items respawn (or often don't) is a problem too. I think it might be possible for you to lose the trampoline at the start and get stuck, because it'll revert back to the room it came from rather than stay where you dropped it. But it's so inconsistent in its behaviour that I just left it how it is. At least you can make the pipes spit things out forever when you really need something to always be there, although that feels strangely inelegant at times.

Quick walkthrough: You need to get the trampoline, use that to get to the higher level in the starting room, get big by eating a mushroom, smash the blocks off the pipe above the chimney, use the P block to switch the bricks in the chimney to coins, climb across the vines and up the cloud staircase to collect the raccoon leaf, so that you can use your tail to knock out the blocks in the wall downstairs, then go past the ghosts and up into the cold room, so you can steal a shoe off a goomba, then go back downstairs and bounce across the deadly plants, beat (or avoid) the witch that you inadvertently helped escape by using the P block earlier (although I wonder where the other captive in that room escaped too, who knows), go out the back door and into the garden and then you've won congratulations.

(There's also a shortcut method where you can just about sprint across the plants if you're still tanuki mario and therefore miss out the annoyance of the ice room.)

Acknowledgements: Here's where the cover image came from, and also partially here, and the instructions were from this version of Gridrunner that I had when I was little.
Posted by dng at 7:15 AM